the University has been included in the Times Ranking 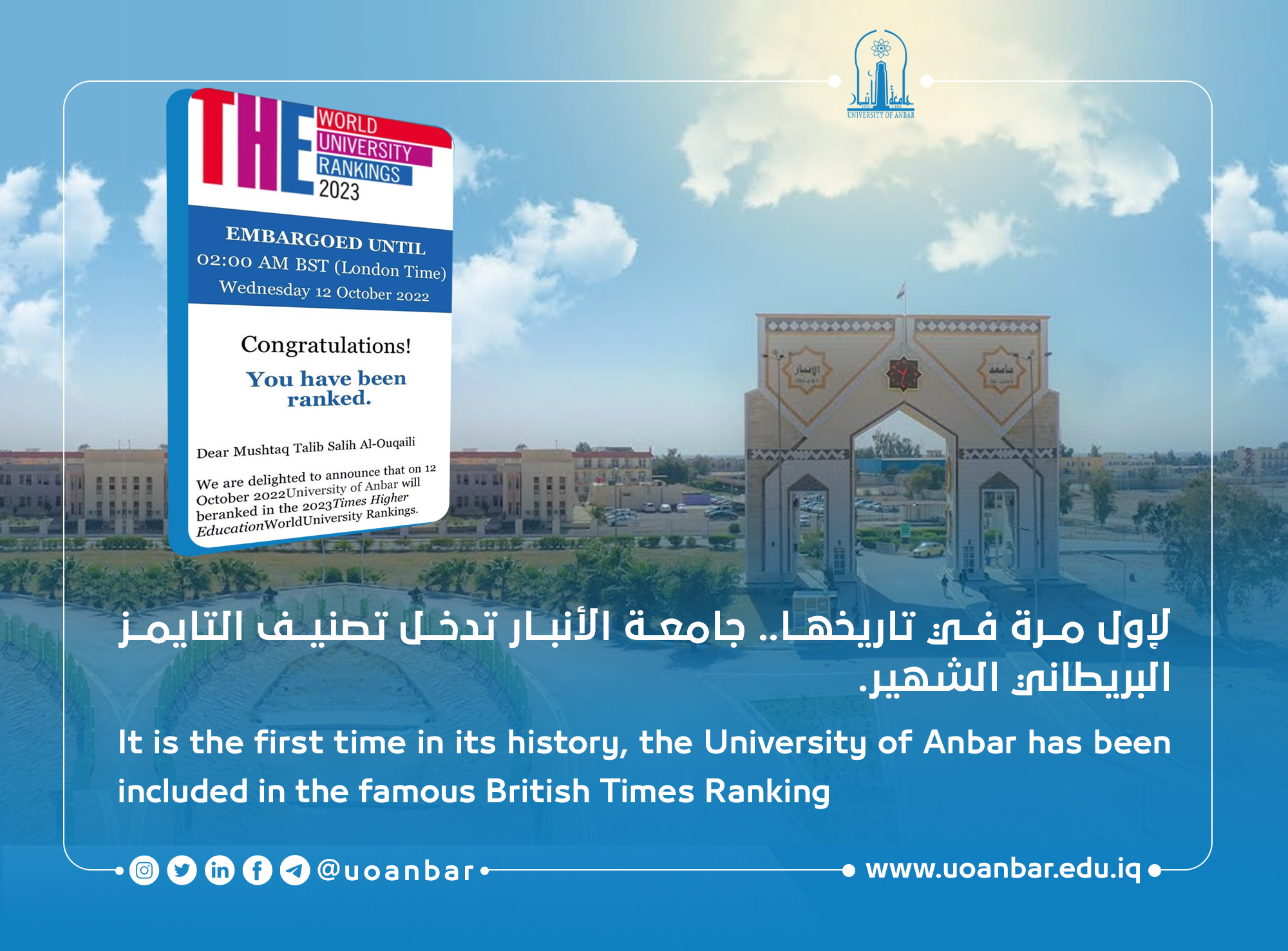 The University of Anbar crowned its achievements by including for the first time in its history in the famous British Times ranking, achieving an advanced rank to line up with the well-known international universities ranked within this classification. The university of Anbar has been ranked (3) among the Iraqi universities included in this classification, which are only (8) Iraqi universities. As the World Rankings Unit at the University Presidency announced that the British Times Ranking has officially launched today the version of the world ranking of the year 2023. The university’s including of this international ranking within the famous British Times Ranking, which is one of the most important international rankings, was the result of the scientific plans followed by the university presidency, methodology and careful planning by the president of the university Prof. Dr. Mushtak Taleb Al-Neda and ladies and gentlemen, members of the University Council and all the deans of colleges and formations of the University, especially its scholars and researchers...

The President of the University congratulated all the university’s employees for obtaining this international rank and considered it a historical achievement that will encourage everyone to work hard towards more achievements and referring to the important role played by the International Rankings Unit in highlighting the university's efforts through good follow-up and organization and stressing the adoption of the highest scientific standards in education and the transfer of knowledge to students and the use of modern technology to produce an accurate scientific research. His Excellency urged the university's professors, academics and researchers to continue with the integrated work and to adopt the principle of participation and scientific cooperation among the colleges of the university.

It is known that these rankings, in evaluating universities, depend on (education, scientific research, academic cooperation and academic reputation).